There are literally millions of pieces of data on nautical charts. How do cartographers determine which data to put on the charts? Two Coast Survey cartographers, Paul Gionis and Lance Roddy, explained some of the processes, protocols, and NOAA charting requirements to participants at the Florida Artificial Reef Summit earlier this month. (See the archived video of their presentation, starting at 55:40.) Among their many duties, these cartographers are responsible for vetting artificial reef public notices and permits from the U.S. Army Corps of Engineers, and for acquiring source data from the state and county reef coordinators.
By explaining the nautical chart aspects of planning, creating, and maintaining fish havens, they hoped to smooth out the permitting and charting phases.
END_OF_DOCUMENT_TOKEN_TO_BE_REPLACED

Explore your world and learn how NOAA — the National Oceanic and Atmospheric Administration — takes the pulse of the planet every day and protects and manages ocean and coastal resources. 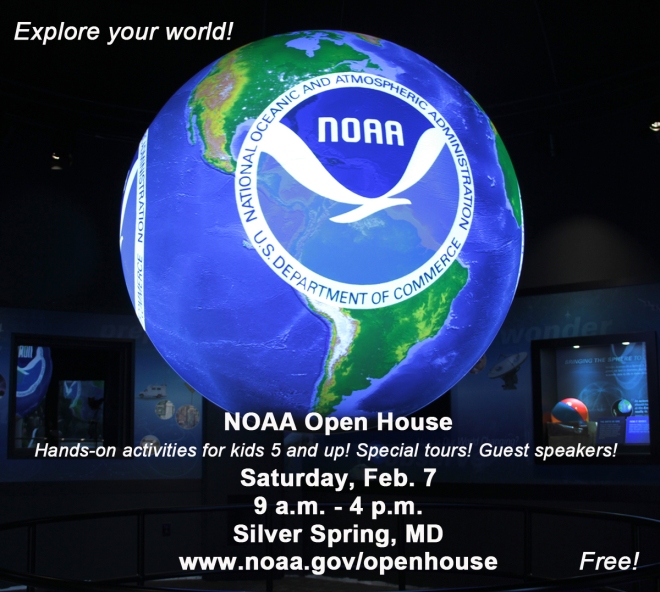 Join us on NOAA’s Silver Spring, Maryland, campus for a day of discovery. Listen to engaging talks by NOAA experts, explore interactive exhibits, take special tours, and have fun with hands-on activities for ages 5 and up. Meet and talk with scientists, weather forecasters, hurricane hunters, cartographers, and others who work to understand our environment, protect life and property, and conserve and protect natural resources.
END_OF_DOCUMENT_TOKEN_TO_BE_REPLACED

NOAA’s Office of Coast Survey enters 2015 with a leadership team that is ready to transform the nation’s hydrographic data acquisition and maintenance program, making coastal data more easily accessible for digital applications that include navigation and coastal planning. We thought you might like to know who those leaders are…
Director, Coast Survey: Rear Admiral Gerd F. Glang

Rear Adm. Glang was appointed as director of Coast Survey in August 2012. A NOAA Corps officer since 1989, Glang is a professional mariner, specializing in hydrographic surveying and seafloor mapping sciences. He has served aboard four NOAA ships, working in the waters of all U.S. coasts, from the largely uncharted coastal waters of Alaska’s southwest peninsula to the South Pacific. He was commanding officer of NOAA Ship Whiting in 1999, when the ship responded to the seafloor search for John F. Kennedy, Jr.’s, downed aircraft. Just three months later, he led Whiting to the first discovery of the seafloor debris fields from Egypt Air Flight 990. Ashore, Glang has led NOAA work in hydrography, cartography, and planning. A 1984 graduate of the State University of New York Maritime College with a bachelor’s degree in engineering, Glang also received a graduate certificate in ocean mapping from the University of New Hampshire Center for Coastal and Ocean Mapping, and is a graduate of the Harvard Kennedy School Senior Executive Fellows program.
END_OF_DOCUMENT_TOKEN_TO_BE_REPLACED