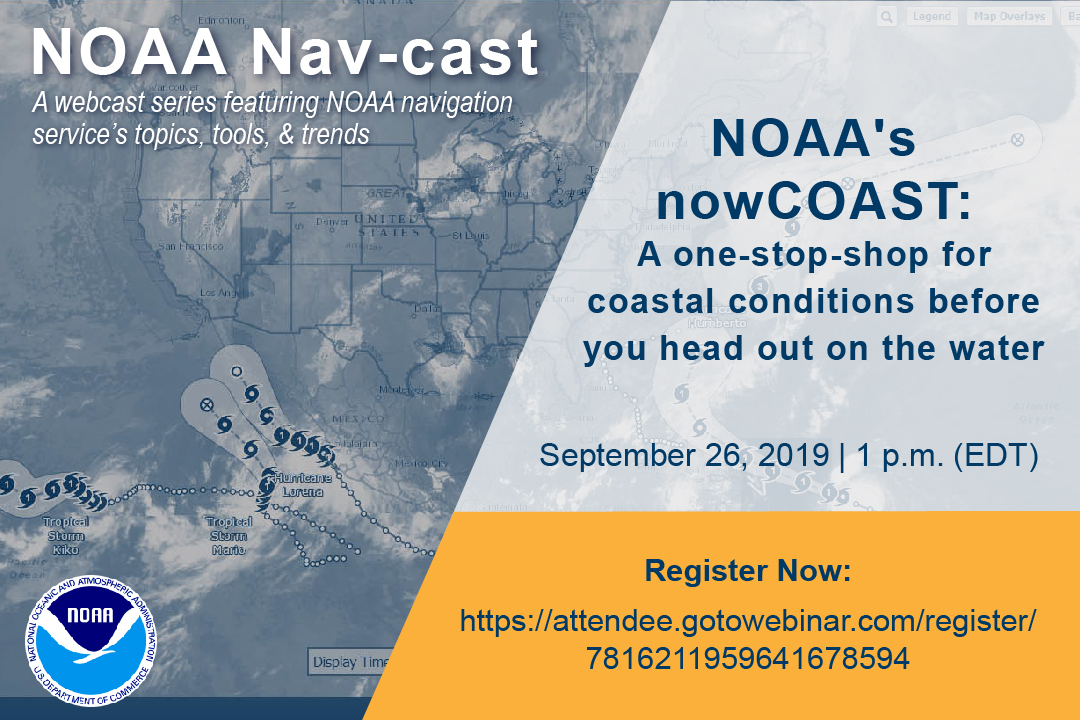 UPDATE: The Nav-cast scheduled for 9/26 at 1 p.m. (EDT) is cancelled and will be rescheduled at a later date. We apologize for the inconvenience.

Join us for our next NOAA Nav-cast, a quarterly webinar series that highlights the tools and trends of NOAA navigation services.

NOAA’s nowCOAST: A one-stop-shop for coastal conditions before you head out on the water

END_OF_DOCUMENT_TOKEN_TO_BE_REPLACED

If you have spent time on the water in Puget Sound, you have probably seen the large, distinct green and white vessels. These vessels move passengers, vehicles, and cargo across Puget Sound to the San Juan Islands and to Victoria, Canada, year round. They are a part of the Washington State Department of Transportation ferry system. The state has been operating ferries since 1951, and intended to run the ferry service until cross Sound bridges could be built.  These bridges were never built, and the state continues to operate the ferries to this day. As of last July, there are 22 state-operated ferries on Puget Sound, with the largest vessel able to carry 2500 passengers and 202 vehicles.

One of these routes is a 30-minute transit from Coupeville, WA, to Port Townsend, WA, at the mouth of Puget Sound. This route carries roughly 820,000 passengers a year, and saves travelers from a five- hour drive around the Sound. n 2013 the Washington Department of Ecology and the Applied Physics Laboratory at the University of Washington installed instruments on board to measure the velocity of current at the entrance of the Sound. Due to the shallow depth of the ferry terminal at Coupeville, extreme (low) tidal conditions interrupt this ferry route up to three times a month.

The density of the team’s data allows for confident detection of 1×1 meter objects on the seafloor. In addition to collecting information on the depth of the seafloor, the team also verified, investigated, and updated several features on the chart including but not limited to kelp beds, fog signals, and pier pilings. 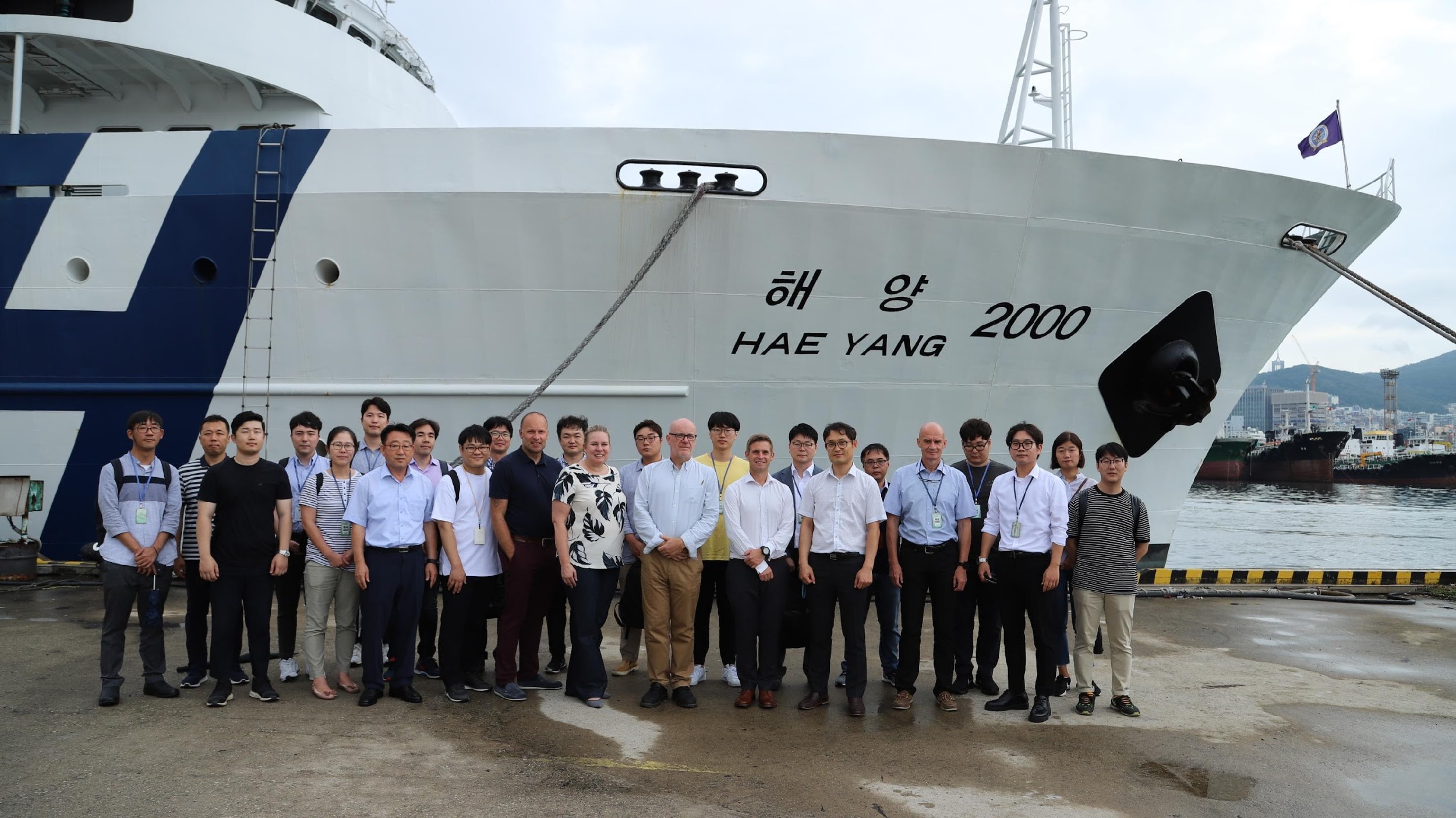 On August 27, an international contingent from the United States (NOAA), the United Kingdom Hydrographic Office, and the Canadian Hydrographic Service participated in the S-100 sea trial in Busan, Republic of Korea.

S-100 is the International Hydrographic Organization’s (IHO) Universal Hydrographic Data Model’s framework standard from which a variety of product specifications can be developed for use within navigation systems and marine spatial data infrastructure.  For many years, NOAA and the Ministry of Fisheries of the Republic of Korea have had a Joint Project Agreement and one of the projects is to develop and promote and S-100 test bed.  This test bed is designed to help further the development of S-100 infrastructure used to develop S-100 related products and further the testing of S-100 interoperability within navigation systems.

END_OF_DOCUMENT_TOKEN_TO_BE_REPLACED

Storms, particularly hurricanes, can be unpredictable. Therefore, NOAA’s hydrographic survey response teams that aid in the reopening of ports following storms, are designed to be flexible, proactive, and are on call 24/7 should the need arise to identify dangers to navigation.