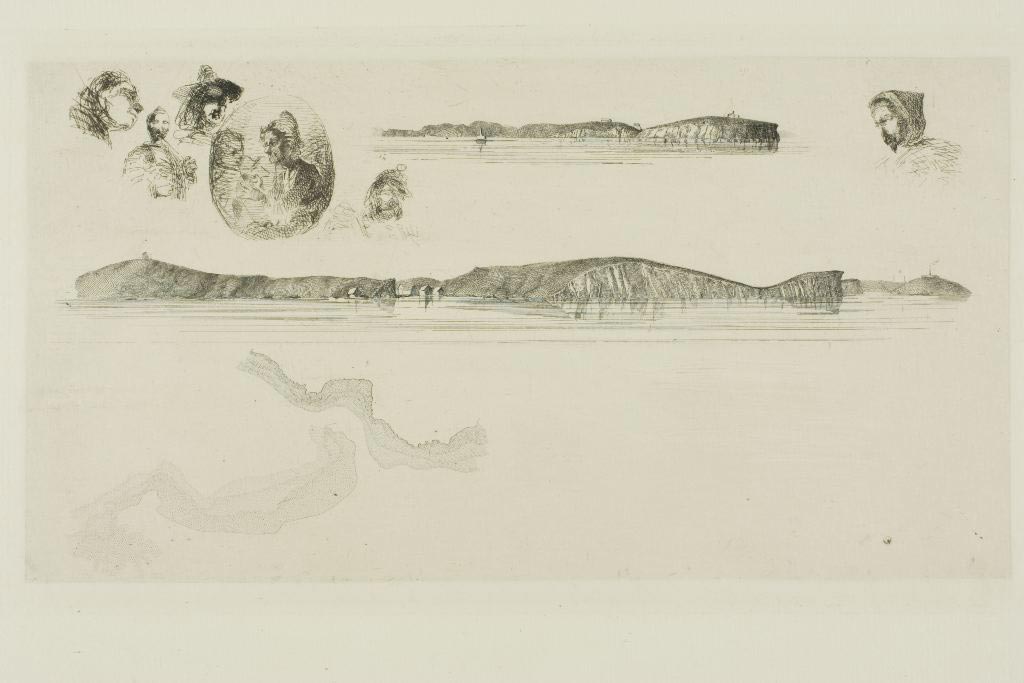 By Darcy Herman
Over its 200-year history, NOAA’s Office of Coast Survey has employed men who are preeminent in their fields. Most of the time, their career successes follow traditional professional trajectories ‒ but at least one Coast Survey alum’s ultimate renown was born of his failure at Coast Survey.
James McNeill Whistler (1834 – 1903), the American artist best known for his painting colloquially known as “Whistler’s Mother,” was briefly and unhappily employed in the drawing division of the U.S. Coast Survey in 1854 and 1855.

Whistler came to Coast Survey at the age of 20, after he was asked to leave West Point over an argument with a professor of chemistry there. As Whistler tells it, “The Professor would not agree with me that silicon was a gas, but declared it was a metal; and as we could come to no agreement in the matter, it was suggested — all in the most courteous and correct West Point way ‒ that perhaps I had better leave the Academy.”
Enter Secretary of War and fellow West Point expellee Jefferson Davis, who, after interviewing Whistler and learning of his talent in drawing, recommended him to an open post at Coast Survey. There Whistler met John Ross Key, and the two became good friends as well as office mates. In a memoir, Key recalls that Whistler was a bad fit for the job. “The accuracy required in the making of maps and surveys, where mathematical calculations are the foundation of projections upon which are drawn the topographical or hydrographical conventional signs, was not to Whistler’s liking, and the laborious application involved was beyond his nature, or inconsistent with it,” Key wrote. Apparently, Whistler’s nature was also inconsistent with regular office hours. Making a leisurely arrival to Coast Survey, Whistler once claimed “I was not too late; the office opened too early.”
When he did produce drawings, Whistler was often distracted, making small sketches in the margins of charts or on scraps of paper. One of these idle sketches was of his friend Key seated at his sketch board. Frustrated with the effort, Whistler threw the sketch of Key on the floor, where Key retrieved and saved it.


Whistler’s work appears on two Coast Survey sketches. One, described by E.R. and J. Pennell, was found on a copperplate and saved by Whistler’s Coast Survey office mate, John Ross Key. It depicts a rocky shore, with sketches of several people, something Whistler was fond of drawing on many surfaces ‒ including the walls of the stairway leading down to the office of his boss, Coast Survey Superintendent Alexander Bache.


On the Sketch of Anacapa Island (1854), Whistler etched the view of the eastern extremity of the island and added birds flying overhead. When he was scolded for the addition, Whistler replied, “Surely the birds don’t detract from the sketch. Anacapa Island couldn’t look as blank as that map did before I added the birds.”


Although he was criticized for including nonessential decoration on official government charts, the results of his doodling and experiments on copper plates showed Whistler’s true mastery of etching technique — a technique he learned while employed at Coast Survey and later used to great success and reasonable profit as an iconic American artist.
(For more information on Whistler, see Stanley Weintraub’s Whistler: A Biography, published in 1974 by Weybright and Talley.)