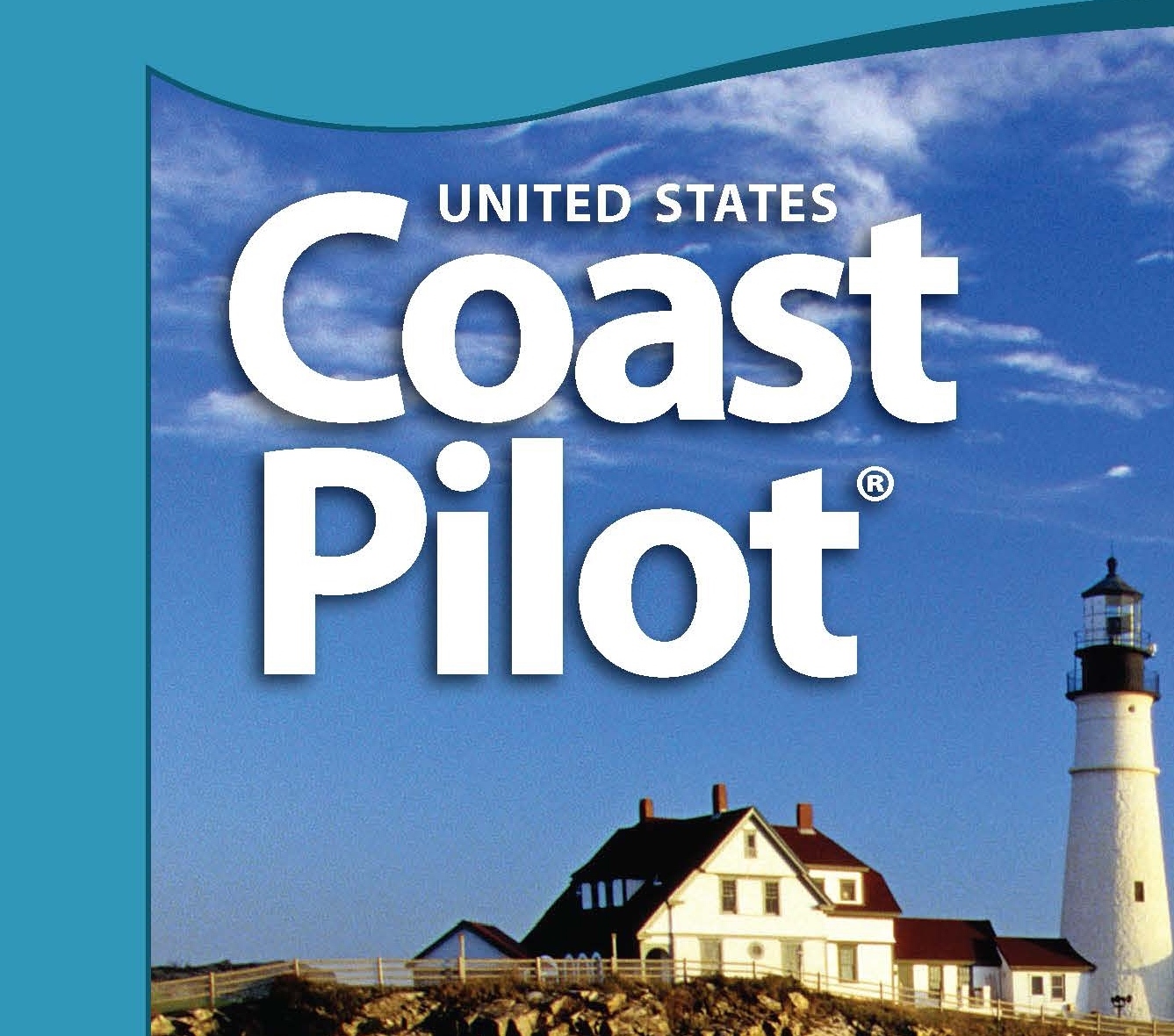 Coast Survey published its earliest version of the United States Coast Pilot in 1858, as Appendix No. 44 in Coast Survey’s Annual Report. The publication, organized into nine regional volumes, provides navigational information that can’t fit on nautical charts.
The U.S. Coast Pilot has gone through many iterations over the last 158 years. In the last century, we’ve added more information and added color to the historically black and white copy. More recently, we began posting book files on the web for easy download. We have now taken the next major step, enabled by interactive digital technology, to give boaters an enhanced and more accessible product. (Please note, the improved version is not mobile-friendly. You should use a tablet or larger screen.)
Breakthroughs in digital editing and publishing have allowed us to produce the U.S. Coast Pilot in a digital format called extensible markup language (XML). People won’t notice a difference from the original format — it looks the same as the paper copy — but the online version has some neat interactive features. To find them, go to the U.S. Coast Pilot, select your volume, and then click on a chapter in the left hand HTML column.
END_OF_DOCUMENT_TOKEN_TO_BE_REPLACED

Among women trailblazers, there is one who may not be sufficiently recognized: Maria Mitchell, the first female professional employed by Coast Survey. March is Women’s History Month, so it is especially appropriate to introduce this extraordinary woman to the Coast Survey audience.
According to the National Women’s History Museum, Mitchell “probably was the first woman employed in a professional capacity by the federal government. Although women had been hired as cooks, laundresses, etc., her 1849 employment appears to be the first case of a woman earning an annual salary for work based on knowledge of an academic field.”


Actually, Coast Survey records indicate that she began her Coast Survey career in August 1845, when the agency hired her as an astronomic observer, based in Nantucket. Coast Survey Superintendent Alexander Dallas Bache asked Marie and her father, William Mitchell, to assist in observations associated with a project to establish a cardinal point for latitude and longitude for the United States and North America. Records indicate that Bache paid her $300 a year.
Retired NOAA Captain Albert “Skip” Theberge has woven Maria Mitchell’s story into his history of the U.S. Coast Survey.
“Bache’s progressive, although somewhat tight-fisted, views on managing personnel led to the Coast Survey being the first federal agency to hire women for professional work both within its ranks as permanent personnel and on a contract basis. The astronomer, Maria Mitchell of Nantucket, was the pioneer in this radical departure from custom,” Theberge writes.
END_OF_DOCUMENT_TOKEN_TO_BE_REPLACED 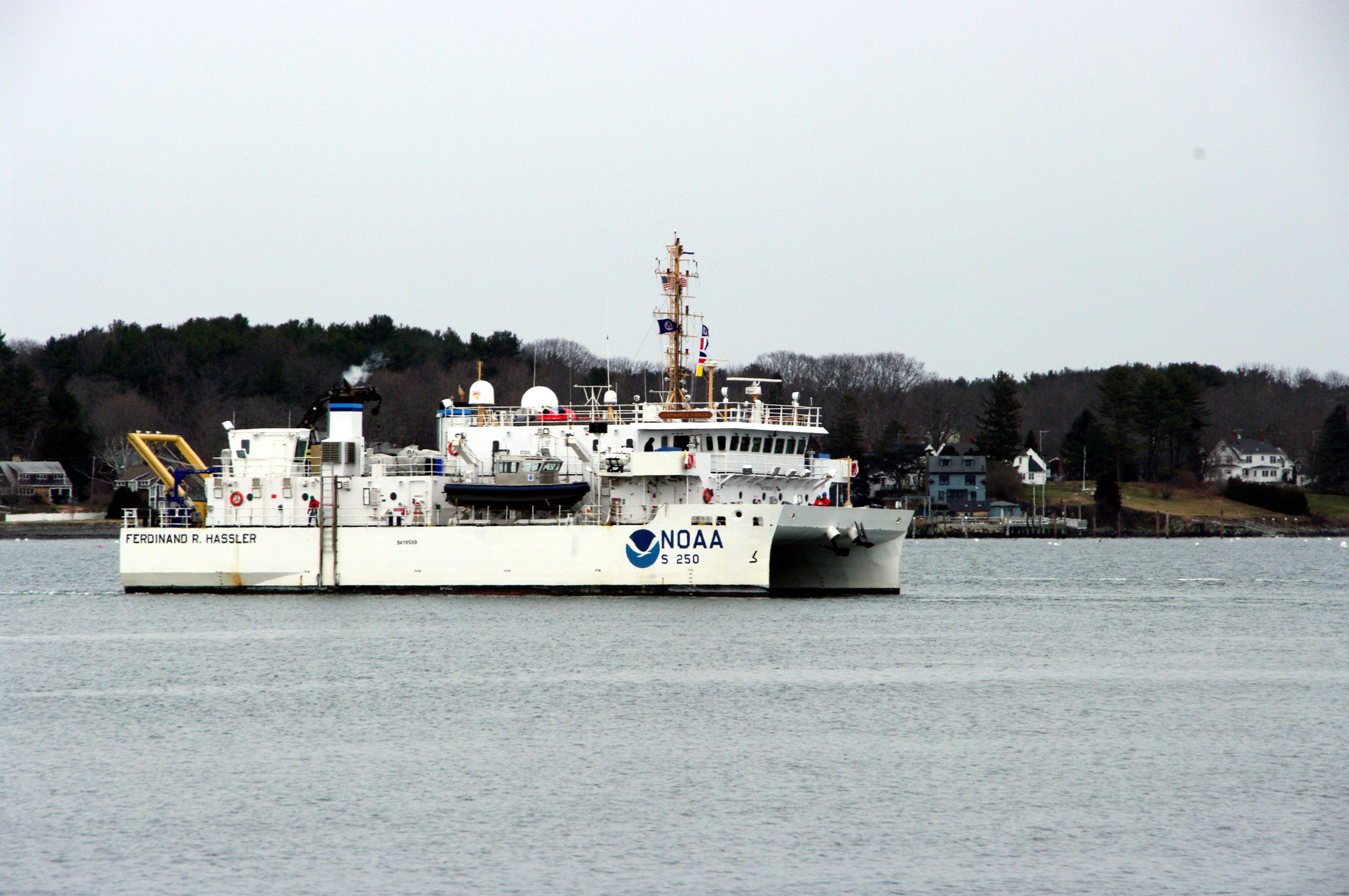 New data will update nautical charts around the country

As sure as spring arrives, NOAA vessels and independent contractors are hitting the seas for the nation’s 182nd hydrographic surveying season, collecting data for over two thousand square nautical miles in high-traffic U.S. coastal waters.


“Nautical charts are the foundation for the nation’s maritime economy, and NOAA hydrographers spend months at sea, surveying critical areas to ensure safe navigation for the shipping, fishing, and boating communities,” said Rear Admiral Gerd Glang, director of the Office of Coast Survey.
“Spring is the traditional beginning of the survey season,” Glang explained. “After a winter of data processing, ship maintenance, and personnel refresher training, the NOAA survey ships and Coast Survey navigation response teams are anxious to get to their survey assignments.”
END_OF_DOCUMENT_TOKEN_TO_BE_REPLACED

As a responsible boater, you examine your nautical chart before sailing, determined to avoid problems during a nice trip along the coast. Charts are packed with symbols and abbreviations, so you might refer to the free copy of U.S. Chart No. 1, which lists all of the symbols used on NOAA nautical charts. It is an excellent quick reference for identifying unfamiliar symbols.
However, sometimes mariners need a deeper understanding…
Coast Survey is now providing additional information about complex or particularly confusing chart symbols to augment what is available in U.S. Chart No. 1. The first two tip sheets are available now. Coast Survey will add more chart symbology tip sheets to the U.S. Chart No. 1 webpage as the need arises.
END_OF_DOCUMENT_TOKEN_TO_BE_REPLACED