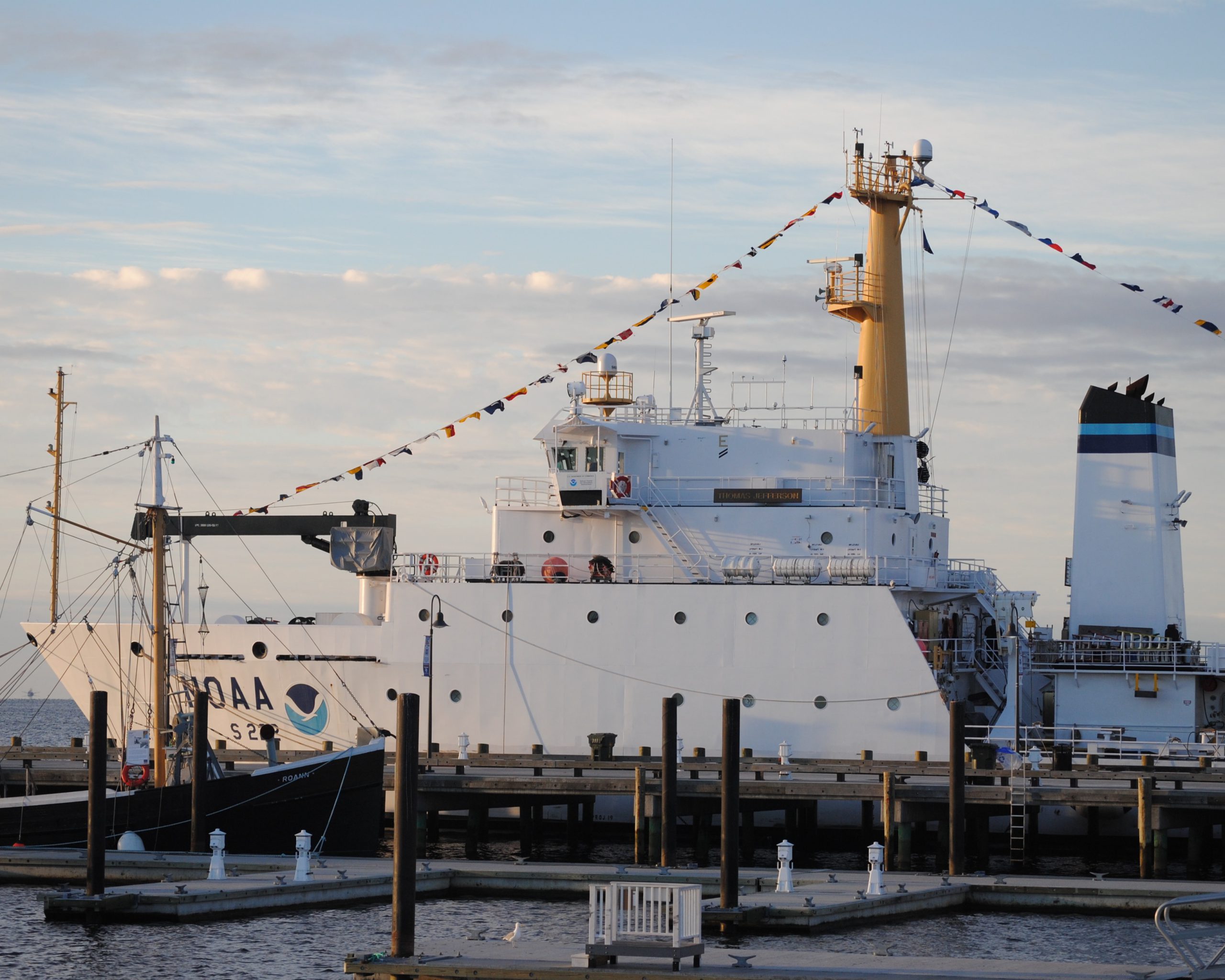 
Data acquired by the Thomas Jefferson will update the region’s nautical charts and will serve other users within NOAA, the U.S. Geological Survey, and a New York and Connecticut Long Island Sound Seafloor mapping initiative. The mapping initiative creates products for habitat mapping and geological interpretation, and supports state planning and management of this vital resource.
Bringing the hydrography of this area into modern times has been a huge task, and we appreciate being welcomed as a part of the area’s maritime community! When Thomas Jefferson was asked to participate in the Connecticut Maritime Heritage Festival in New London this summer, the crew was excited for the opportunity to showcase the results of nearly a decade of surveying effort.
On September 12, Thomas Jefferson docked at City Pier, dressed in semaphore flags to welcome crowds lining the pier eager for guided tours. As the sun set, Thomas Jefferson hosted judges and the announcer during the festival’s lighted boat parade. The ship continued to provide tours the next day, and was the highlight of the event for many visitors. More than 500 visitors toured from fantail to bridge, learning about the ship’s mission and hydrographic survey operations, life at sea, and maritime heritage of NOAA and the Office of Coast Survey.
As the festival ended, Thomas Jefferson’s crew cast off from City Pier to return to their Long Island Sound working grounds and continue survey operations. We are excited to return to the survey area and complete the 2014 Long Island Sound mapping project.