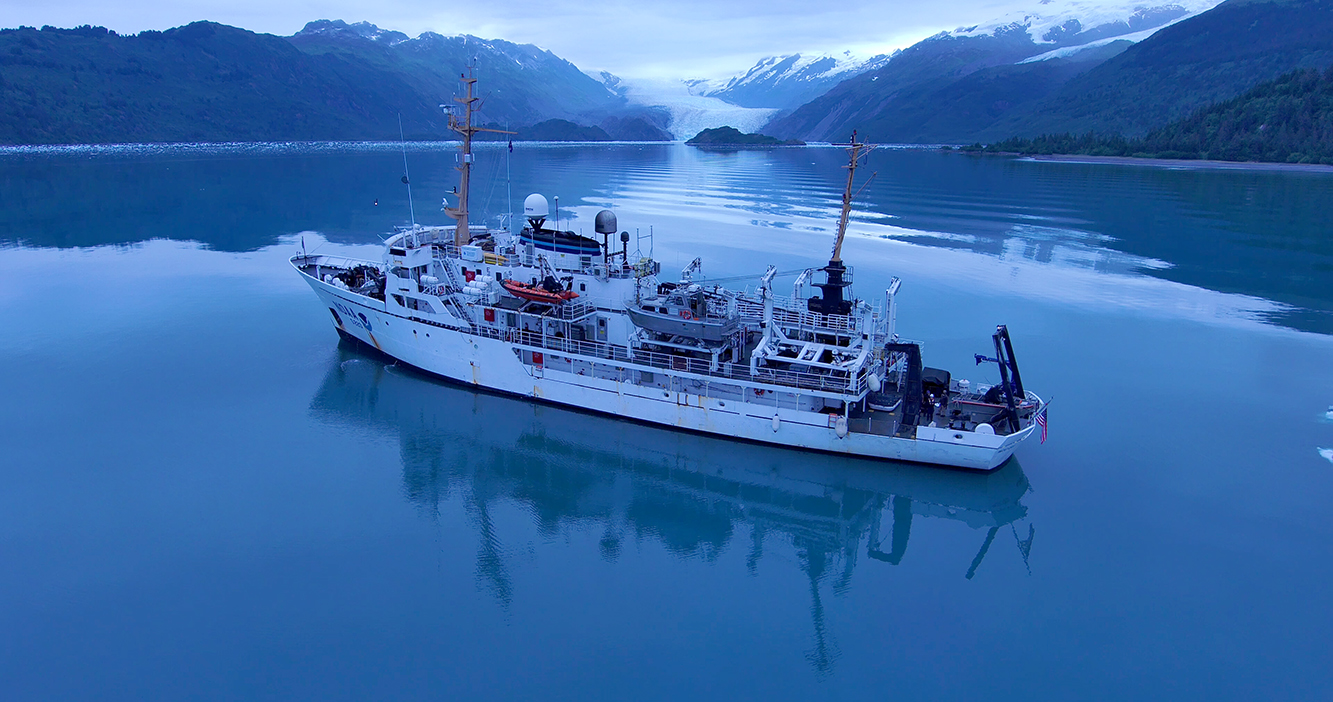 Sheets of ice stretch for miles and miles. Mountains and peaks reach with jagged arms straight for the heavens. Snowmounds inoffensively deafening visitors in the winter months with a quiet like no other. Glacier walls and their child icebergs bobbing in the deep, cold water at every turn. Wildlife of the sky and sea of every shape and size, from Tufted Puffins and Kittlitz’s Murrelets to harbor seals and orcas – this is Prince William Sound.

Prince William Sound is located on Alaska’s southern coast, just southeast of Anchorage. An extensive body of water with an area of about 2,500 square miles, the sound is home to many beautiful islands, wildlife habitats, vast forests, dazzling blue glaciers, indigenous villages, and ports. Fishing, transportation of goods and oil, and tourism are the sound’s economic bread and butter, which deteriorated immensely from 1989 and onward due to the Exxon Valdez oil spill in March of that year. Due in part to its remote nature, the sound took many years to clean up and recover from one of the largest and worst environmental disasters in United States history. Now, decades later, tourism and fishing expeditions have begun to increase. With this increase in potential traffic, depths on nautical charts require higher accuracy to ensure the safety of vessels traversing in and around Alaska’s many natural wonders.

NOAA Ship Fairweather and her crew began the journey to Prince William Sound in March of 2021, right at the beginning of her field season under the new commanding officer, Capt. John “Jay” Lomnicky, who relieved Capt. Marc Moser on December 9, 2020. Departing from Seattle, Washington, Fairweather transited the Inside Passage and the Gulf of Alaska for four days to reach Prince William Sound. Upon reaching the survey grounds, it was necessary for the ship’s navigators to maneuver around ice sheets and icebergs in order to protect her hull and propellers.

The project area consists of Odiak Channel, Columbia Glacier, College Fiord, the approach to Whittier, and Harriman Fiord. Each area provides different obstacles to traverse and exemplifies the need for high quality charts in the sound. Odiak Channel is wide open with little defining features or hazards, but the mud flats here run shallow and are impossible to see underneath the murkiness of the silt-filled channel. Columbia Glacier runs deep and has impressive sights from afar, but close up there are calving glaciers and treacherous icefields. College Fiord is long and potentially the most beautiful of the fiords, but shallow moraines run along its path like mile markers. Thankfully, our expert helmsman and conning officers navigated the area safely and avoided any unintentional impacts with ice.

Glaciers in Prince William Sound have been rapidly decreasing in size due to climate change. With glacial retreat revealing unsurveyed areas of the seafloor, it is pressing that we provide modern data to update nautical charts, helping to identify underwater hazards and improve maritime safety. However, once Fairweather arrived at the survey grounds, the crew soon realized the extent of ice loss. Icebergs dotted the seascape, hiding most of their extent beneath the silty, cerulean water. Despite the challenge of navigating through large ice chunks, Fairweather and her launches surveyed up to the current ice limits, pushing further inshore during the summer months as the ice continued its unfortunate shrinking. The areas where glacial retreat occurred were largely uncharted, making our crew the first to survey areas that haven’t been exposed in all of human history.

While in the sound in April, the survey team took a moment to occupy the Cochrane Bay tidal benchmark. The team set up a base station overnight to recompute the local tidal datum relationship with the ellipsoid. The base station consists of a GPS receiver and antenna which gathers satellite information specific to that benchmark, a laptop that gathers and processes the geodetic data, and a willing survey tech to construct and deconstruct the station.

Understanding the relationship between local datums and the ellipsoid  is crucial to any hydrographic survey. This relationship dictates the offsets that need to be taken into account between our survey vessel, the current sea level, and the ellipsoid to ensure our bathymetric data is as accurate as possible. While benchmarks are usually easily found – their precise coordinates constant and well understood – they can be tricky to get to, especially in Alaska. Serendipitously, the small brass plate indicating the location was clear of snow despite being within close proximity to an eight-foot high pile of snow.

Barry Arm landslide – disaster waiting to happen, or so we thought

In Spring of 2021, NOAA partnered with eTrac Inc. and collected bathymetric data of the uncharted portions of Barry Arm to increase understanding of the geologic topography along the fiord walls and glacier face below the surface of the water. Due to climate change, glaciers are experiencing more retreat and are exposing more of the ocean floor that hasn’t been seen in all of human history. Barry Arm is not exempt from this pattern. Gathering data, photos, and video on this newly exposed area allows United States Geological Survey physical scientists to better monitor and model the landslide and tsunami risk, thus realizing a much more comforting outlook if the Barry Arm rock face fails – a potential seven-foot tsunami rather than a 30-foot or greater tsunami. While still hazardous, this new report allows for better preparedness and understanding of what most likely will happen in such an event.

4 Replies to “Surveying the waters of Prince William Sound, Alaska”