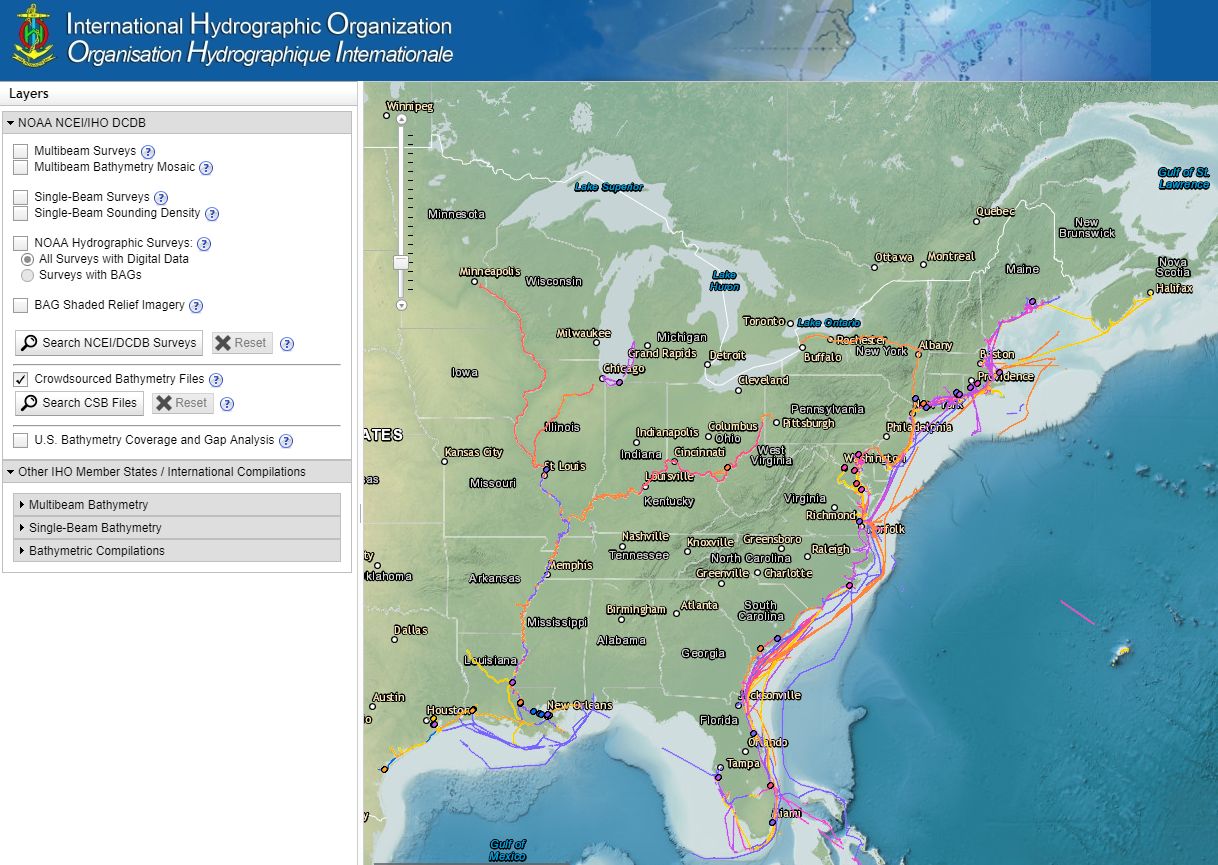 Today NOAA announces the end of a testing phase in the development of a new crowdsourced bathymetry database. Bathymetric observations and measurements from participants in citizen science and crowdsourced programs are now archived and made available to the public through the International Hydrographic Organization (IHO) Data Centre for Digital Bathymetry (DCDB) Data Viewer. The operationalized database allows free access to millions of ocean depth data points, and serves as a powerful source of information to improve navigational products.

NOAA began database development in 2014 with the IHO Crowdsourced Bathymetry Working Group. The database is part of the IHO DCDB and is hosted at NOAA’s National Centers for Environmental Information (NCEI), which offers access to archives of oceanic, atmospheric, geophysical, and coastal data. Sea-ID, a maritime technology company, provided early testing and support and is currently working to encourage data contributions from the international yachting community. Ongoing participation from Rose Point Navigation Systems, a provider of marine navigation software, helped kickstart the stream of data from a crowd of mariners.
The crowdsourced bathymetry database now contains more than 117 million points of depth data, which have been used by hydrographers and cartographers to improve chart products and our knowledge of the seafloor. NOAA, working with George Mason University, is using the database depths to assess nautical chart adequacy, determine when areas require updated survey information, and identify chart discrepancies before an incident occurs. The Canadian Hydrographic Service used this dataset to update several charts of the Inside Passage, a network of coastal routes stretching from Seattle, Washington, to Juneau, Alaska.
Data are contributed to the database through a variety of trusted sources (e.g., partner companies, non-profit groups)—referred to as “trusted nodes”—that enable mariners to volunteer seafloor depths measured by their vessels. Contributors have the option to submit their data anonymously or provide additional information (vessel or instrument configuration) that can enrich the dataset. The trusted node compiles the observations and submits them to the crowdsourced bathymetry database, where anyone can access the near real-time data for commercial, scientific, or personal use.

One Reply to “NOAA announces launch of crowdsourced bathymetry database”