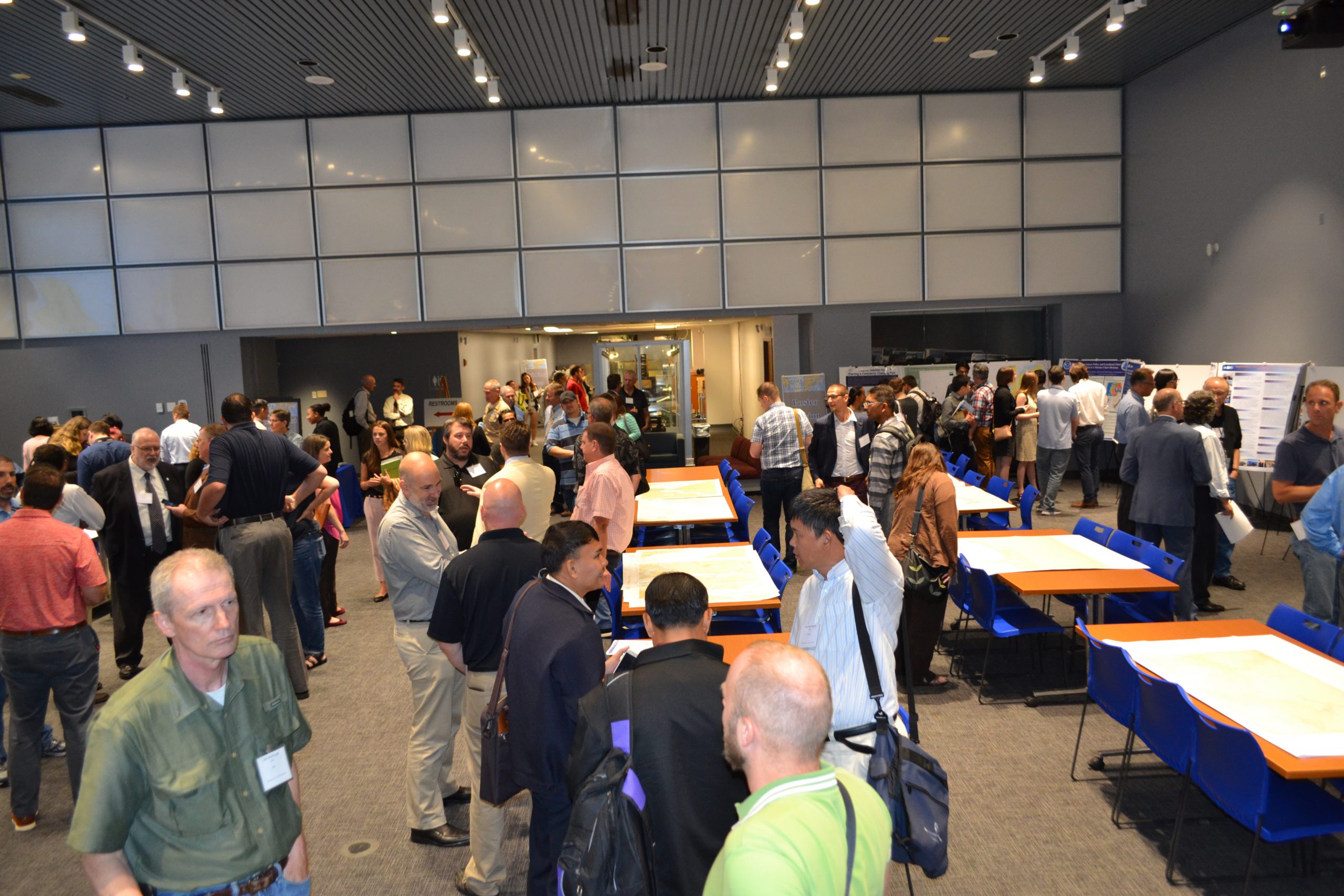 NOAA’s Office of Coast Survey hosted the first NOAA open house on nautical cartography on Friday, July 7th. The event featured posters, presentations, and tours focusing on nautical cartography, highlighting the field of charting and GIS. Industry partners such as ESRI, CARIS, Fugro Palegos, Inc., and IIC Technologies, international mapping groups such as Cartography and Geographic Information Society (CaGIS) and General Bathymetric Chart of the Oceans (GEBCO), government agencies such as U.S. Army Corps of Engineers and the Navy, and many international charting offices were in attendance. The open house welcomed a total of 200 visitors, representing 24 countries.
Karen Marks, a geophysicist with NOAA’s Center for Satellite Applications and Research, and Rochelle Wigley, project manager for the GEBCO at the University of New Hampshire’s Center for Coastal & Ocean Mapping/Joint Hydrographic Center, kicked off the event with an overview on current and future ocean mapping projects. Sessions that followed fell within four main themes: From Hydrography to Cartography, Nautical Products, Marine Spatial Data Infrastructure and Databases, and Innovative Cartography. Sessions provided a forum to report on current and future activities within these themes. A highlight of the day was the lightening round poster sessions where participants had the opportunity to present their projects as well as establish connections with other cartographers in the field of nautical charting.


“Coast Survey values the work being done through our private sector partners, other government agencies, and international counterparts,” said John Nyberg, acting director of Coast Survey and Coast Survey’s Marine Chart Division chief. “It is events like these that allow us to share ideas, learn from each other, and better prepare for the future.”
NOAA Administrator, Ben Friedman, was also in attendance and noted to Dr. Shachak Pe’eri, chief of Marine Chart Division’s Chart Standards Branch and organizer of the event, that the open house was a great way to bring international colleagues together and he hoped to see this for years to come.

This one-day event, held in the Science Center on NOAA’s Silver Spring, MD, campus, was planned in conjunction with with the 28th annual International Cartographic Conference 2017 (ICC) in Washington, D.C. where NOAA also had a presence with an exhibit booth and presentations. Following the open house, many international participants plan to stay for a 3-day chart adequacy workshop similar to the workshop held at this time last year.