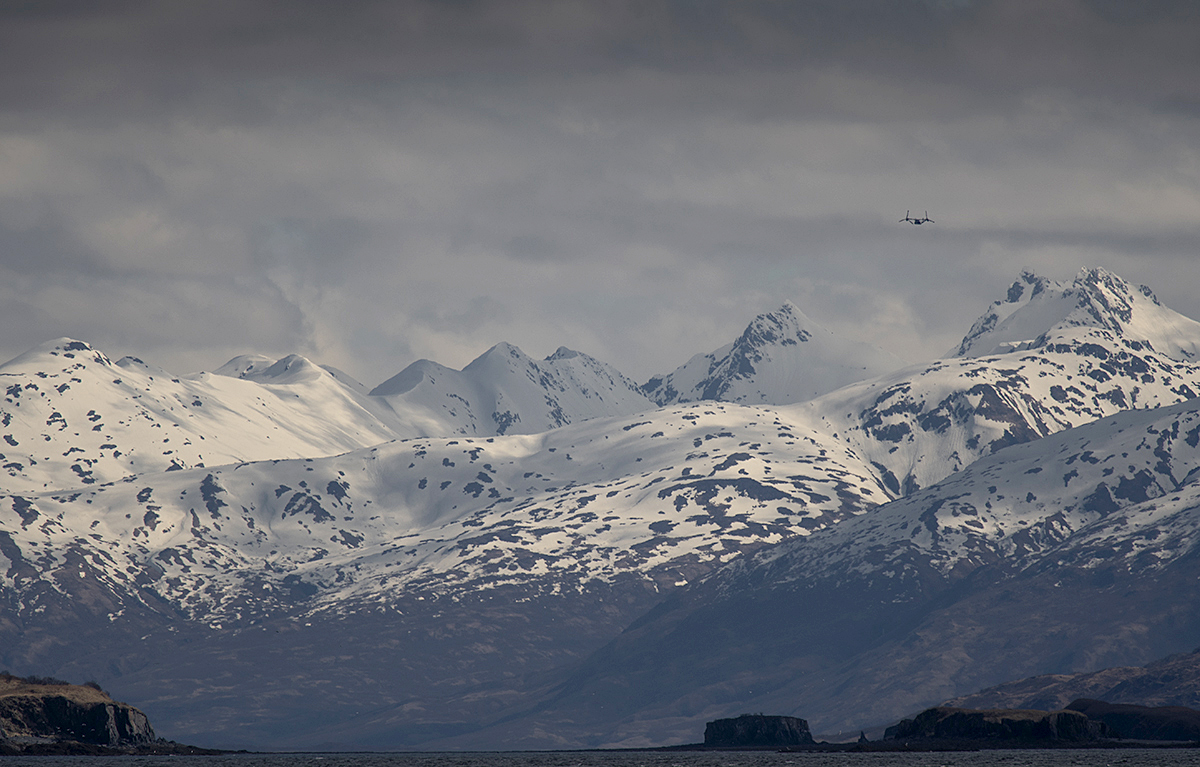 By Simon Swart and Adriana Varchetta

Between April and August of 2021, NOAA Ship Fairweather visited the southern part of the Kodiak archipelago to survey and provide updated bathymetry for a remote, yet important area that sorely needed new chart data. Early in the year, abundant wildlife and the sparse population meant the ship’s crew only had to contend with spritely weather patterns. But as spring turned to summer and the weather improved, the village of Akhiok became a hive of activity. Many types of fishing vessels began plying the waters around Alitak Bay, dropping crab pots and casting nets as they went. The increase in sunlight also transformed the landscape from brown, barren hills into a lush green canvas. Quick waves hello and calls from locals to not run over their crab pots, kept the importance of the mission at the forefront of the crews mind, with an occasional aircraft sighting jolting them back to the 21st century.

The waters around the Kodiak archipelago are among the most productive fisheries in the North Pacific. Over one hundred species of fish call this area home, whereas humans that search for them migrate here when the fishing season opens. On the southwestern coast of Kodiak Island, Alitak District has an actively managed salmon fishery, where upwards of 5,000 people are employed by the fishing and processing pipeline during the peak season. Despite the ecological and economic importance of the region, the nautical charts in the vicinity of Alitak Bay are based on legacy data and were last surveyed in the 1930s. The mapping techniques at that time only achieved partial bottom coverage, using lead lines and sounding poles to determine the depth of the sea floor. Providing modern full bottom coverage bathymetry will increase maritime safety in the region and support the Seabed 2030 global mapping initiative.

First impressions are important, and the first day on a new project can set the ethos for the rest of the leg. A significant contingent of the crew received quite the introduction to Kodiak on the bridge – binoculars glued to windows, Fairweather crawled at one to two knots navigating safely through the sheer volume of whales in front of us. We may not have made it to our anchorage at the planned time, but on this occasion there weren’t many complaints. Normally a rare occurrence, whales breached all around us, keeping the officers busy. Reduced speeds and constant course changes were necessary to avoid the bolder Cetacea playing a game of chicken with the ship.

From a hydrographer’s perspective, Alaska is notorious for its numerous dangerous features. Features are any anthropogenic or natural object that merits individual representation on the chart. Some classic examples are rocks, wrecks, buoys, and kelp, all of which are plentiful in Alaska. Just over 1000 features were assigned for this project. While some of these are inshore of our safe navigation limit, and therefore outside the scope of our survey, we use our smallest boats with the shallowest draft to address the rest. This involves driving right up to the feature and verifying its position and attribution. This type of shoreline acquisition can be the most arduous part of a survey, but it can also be the most exhilarating. As remote sensing and Light Detection and Ranging (LIDAR) technology progresses, the number of hands-on, exposed-to-the-elements projects we are tasked with decreases. Most of the time we are comfortably dry in a workboat cabin or in our office space on the ship. Our small shoreline skiff provides a very different experience. These outings usually form the strongest memories of the project because the hydrographer not only gets to reveal secrets of the seafloor, but is tasked with laying eyes on each and every object that dots the coastline. Experiencing the waves, sea spray, and rain seems to cement those outings a little more to memory than your average multibeam survey day.

While Kodiak may be synonymous with fishing, it is also famously known for its large bears. Luckily for us, one of the important attributes of any hydrographer is maintaining situational awareness; so even though we’re keeping one eye on the monitors and one eye on our surroundings, spotting a bear strolling along the shoreline is not out of the realm of possibility. In fact, we had four bear sightings. Each and every time the bears also spotted us, and probably first. These bears had recently awakened from hibernation so they looked a little rough and scraggly. The other most prevalent wildlife were foxes sporting stunning shades of red, orange, and black. We saw these little guys every time a boat went out to investigate features – investigating us in turn and spotting us long before we saw them.

Despite the howling winds and fetch from neighboring Shelikof Strait, Fairweather put in many productive hours to the project – 3,148 linear nautical miles and 108 square nautical miles at the final tally. While we collected a significant amount of data, there’s always more work to be done. Untouched survey sheets are magnets for the ship and as Fairweather has many more productive years under the hood, the crew looks forward to returning to Kodiak waters again soon.

One Reply to “The Kodiak archipelago – whales, foxes, and bears, oh my!”