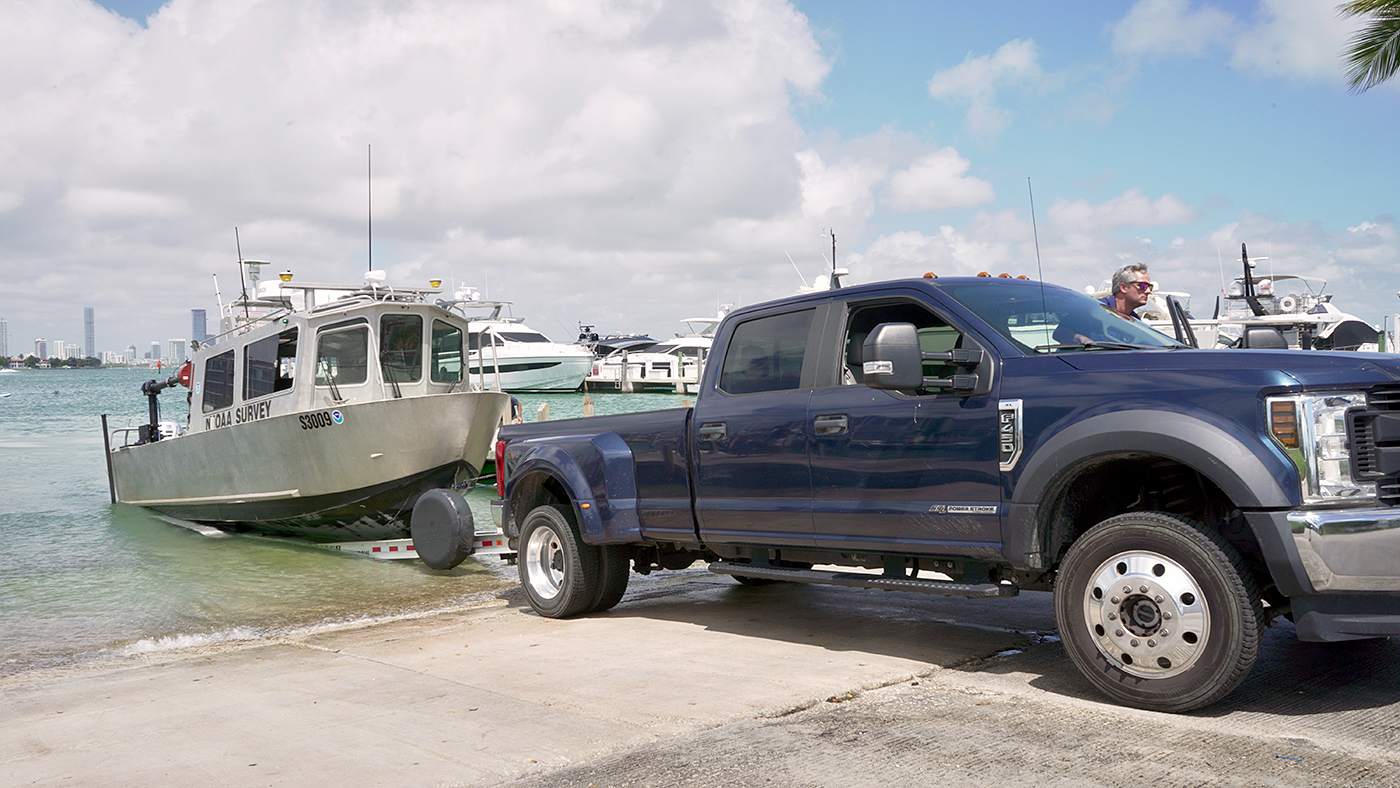 Strategically placed around the country, NOAA’s navigation response teams―30-foot survey vessels with a three-person survey team―maintain emergency readiness while checking chart accuracy in changing ports and harbors. Navigation response teams work day-to-day in ports and harbors, collecting data to update the nation’s nautical charts. They measure depths, locate obstructions, report dangers to navigation, and update features for safe navigation. Whether there is a need to investigate wrecks, check for suspected shoals, conduct surveys for coastal management, or work with other federal agencies to support homeland security, Coast Survey’s navigation response teams have the expertise to get the job done safely and efficiently.

The navigation response team arrives at 06:00 at a nearby municipal park with a public boat ramp and deploys the survey vessel.

As the team arrives on site, a large cargo vessel begins their berthing procedure early, but that does not prevent James and Howie from conducting their survey. They proceed to deploy their gear in preparation for the survey ahead of them.

The team begins surveying around the port and the many docks and facilities that support a large part of South Florida’s economy.

After surveying for 5.5 hours, the team returns to the nearby public boat ramp to retrieve the vessel.

The above footage was recorded and edited by Nicolás Alvarado. The videos are in the public domain and may be used by others at any time. Please credit NOAA if using any of this footage.